Port Said Governor Adel Al-Ghadban, accompanied by a delegation from Local Administration Committee at the Egyptian Parliament headed by Ahmed Al-Sigini, visited ÉCLAT and Sahet Misr, which are being developed by New Plan Developments in the governorate.
The delegation visited a number of villages and hotels to learn about the governorate’s achievements in various sectors.
Al-Ghadban recognized the development work in ÉCLAT village, which has become one of the most important tourist resorts in the governorate recently that stands out by providing tourism services at the highest level.
He explained that the governorate includes various investment opportunities in all sectors, praising the level of development of ÉCLAT resort, which is consistent with objectives of tourism sector development in Port Said, besides, placing Port Said on tourism map.
Furthermore, the delegation visited Sahet Misr, which was admired by the Governor and members of Parliament’s Local Administration Committee. Sahet Misr area is one of the most important tourist attractions in the governorate that has a distinctive aesthetic and civilized design.
The Governor of Port Said noted that the development of Sahet Misr aims to implement a distinctive artwork worthy of the history and civilization of Port Said governorate, to be a tourist destination at the highest level within the governorate’s tourism projects.
Additionally, Head of Local Administration Committee Ahmed Al-Sigini praised Sahet Misr project, which endorses the Egyptian identity and refers to people of Egypt efforts during the process of digging Suez Canal, in line with the nature of development achieved by the governorate at all levels.
For his part, Chairman of New Plan Developments Walid Khalil stressed the importance of the diverse and distinguished investment opportunities that are available in Port Said Governorate, in addition to the importance of partnership with the governorate referred to the success of partnership in ÉCLAT development.
Khalil added that the company is developing ÉCLAT resort in partnership with Port Said governorate. ÉCLAT is a residential project situated on 40,000 sqm comprising 350 housing units, noted that the company is developing it according to the latest architectural designs.
The project will be delivered within a year and a half of contracting with clients, moreover, the resort contains an artificial lake on 5,000 sqm, he explained.
“Sahet Misr, is a park developed by New Plan Developments in the governorate. The park encompasses an iconic statue with a height of 17 sqm with entire development of History Park to be under the name of Sahet Misr to go in line with the state’s general trend in development and modernization at all levels of Suez Canal region,” Khalil elaborated. “The company is developing Sahet Misr within the framework of its corporate social responsibility (CSR) in Port Said governorate.” 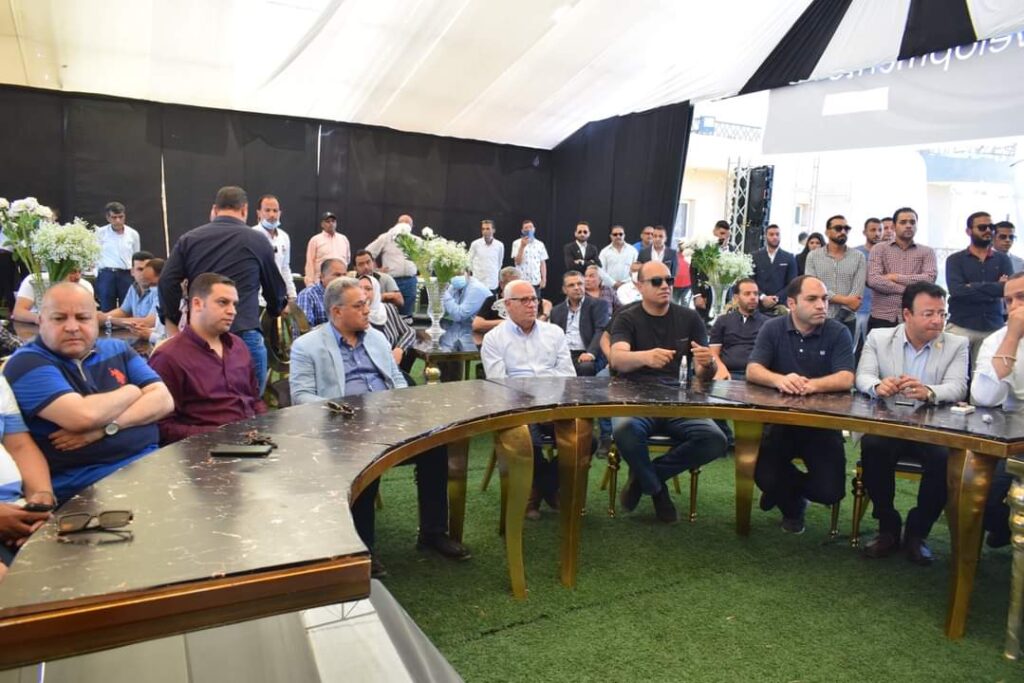 He further disclosed that the company is developing Sahet Misr as a gift to the Port Said governorate and to whole of Egypt, which includes the inauguration of a global statue “Mother of the World” that all ships passing through the Suez Canal will be able to see.